Sound + Environment 2017 is a four day conference bringing together artists and scientists to explore the ways that sound can deepen our understanding of environments. For example, recent developments in the field of ecoacoustics are proving fruitful in assessing ecosystem change. Sound is also increasingly used to monitor built structures and to inform urban design. We can use sound for scientific and artistic exploration, to inform and expand our knowledge of environments and our relationships to the world around us.

What can we learn from each other? Sound can inform a range of innovative interventions and solutions to problems. Through exploring scientific and artistic approaches together, we hope to engage with sound in order to create complementary ways of investigating, understanding, and taking action.

Keynote speakers will include Chris Watson and Leah Barclay. Please see below for further details about speakers and the conference programme.

The conference will see the launch of ‘Trent Falls to Spurn Point’, a specially commissioned surround-sound installation from Chris Watson tracing the course of the Humber River, and ‘River Listening’, an augmented reality sound walk using the Echoes.xyz app from Leah Barclay, superimposing the sounds of rivers from around the world onto Hull. A number of other sound installations and performances will be featured in collaboration with Hull UK City of Culture and the PRS New Music Biennial. Visiting artist-in-residence, Dave Burraston, will also be presenting an installation and talk as part of his Rainwire project. 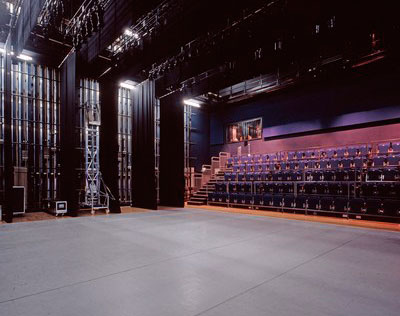 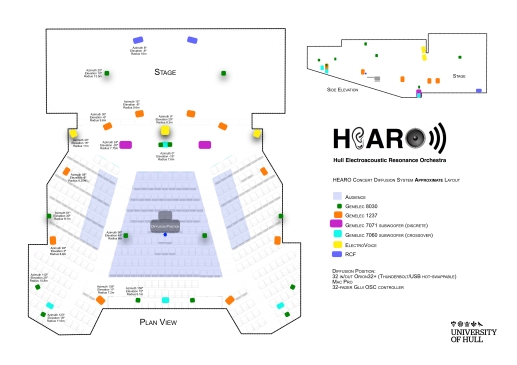 Stage @ The Dock: We are exploring possibilities with this new amphitheatre space in the heart of the city’s cultural quarter, at the confluence of the River Hull and the Humber Estuary, opposite Hull’s iconic aquarium, The Deep.

The City of Hull and the University of Hull Campus: We are open to proposals which integrate with spaces around the city and university campus, including soundwalks and augmented reality apps. A number of smaller spaces on the university campus will be available for installations and workshops, as well as a number of lecture spaces. 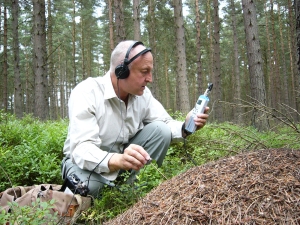 Chris Watson was a founding member of the influential Sheffield based experimental music group Cabaret Voltaire during the late 1970’s and early 1980’s. Since then he has developed a particular and passionate interest in recording the wildlife sounds of animals, habitats and atmospheres from around the world. As a freelance composer and sound recordist Watson specialises creating spatial sound installations which feature a strong sense and spirit of place.

Watson has recorded and featured in many BBC Radio 4 productions including; ‘The Ice Mountain, ‘The Reed Bed’, ‘Jules Verne’s Volcano’, ‘The Ditch’, ‘The Listeners’ and ‘The Wire’ which won him the Broadcasting Press Guild’s Broadcaster of The Year Award (2012). His music is regularly featured on the BBC Radio 3 programme ‘Late Junction’.

His installations have been commissioned by international galleries and festivals such as, Sheffield Millennium Gallery, Opera North in Leeds, The National Gallery, London, The Louvre, Paris and currently at the Aichi Triennial in Japan. 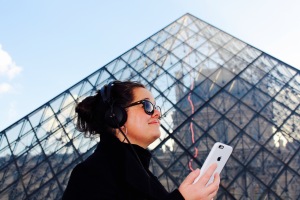 Dr Leah Barclay is a multi-award winning Australian sound artist, composer and researcher working at the intersection of art, science and technology. She specialises in electroacoustic music, acoustic ecology and emerging fields of biology exploring environmental patterns and changes through sound. Her work has been commissioned, performed and exhibited to wide acclaim internationally by organisations including UNESCO, Ear to the Earth, Streaming Museum, Al Gore’s Climate Reality and the IUCN. She creates complex sonic environments, immersive live performances, interactive installations and augmented reality experiences that draw attention to changing climates and fragile ecosystems. She is currently the director of Biosphere Soundscapes and a postdoctoral research fellow at Griffith University in Australia where she is leading a portfolio of research in acoustic ecology and climate change.

You can download the latest version of the conference programme here: S+E Programme FINAL

Hull UK City of Culture activities during the conference:

Trent Falls to Spurn Point is a project created by Chris Watson, co-commissioned by Hull UK City of Culture 2017 and the University of Hull. Chris is an artist who has deep ties to the North of England and who has travelled the world collecting sounds. He is one of the world’s leading recorders of wildlife and natural phenomena – in Watson’s words ‘putting a microphone where you can’t put your ears’. The project is a theatrical sound installation that takes the audience on a journey from the confluence of the rivers Ouse and Trent using sound, space and light as an evocation. The sound installation for the Gulbenkian Centre  at the University of Hull uses a wide range of spatial sound techniques, particularly ambisonic sound production. It will create a sonic arc of the Humber, sweeping above and below the surface, past a mix of remote wilderness and 21st century technology to Spurn Point where the sounds of the estuary mix and merge with the voices of the North Sea.

River Listening is an augmented reality sound installation reimagining the world beneath the global rivers in sound. The installation can be experienced by walking along the river with a mobile device and triggering geo-located soundscapes. These geo-located sounds are layered with hydrophone (underwater) recordings and creative responses to the river that connect to the soundscapes of river systems across the world.

This installation is part of an interdisciplinary project exploring the art and science of listening to rivers and the creative possibilities of aquatic bioacoustics. River Listening explores rivers as the lifeblood of communities and the potential for new approaches in the conservation of global river systems. To experience River Listening, download the free app and your phone will act as a sonic compass guiding you along the river bank (available from the end of June 2017).

What is your favourite sound in the city where you live – or where you grew up, studied, worked, fell in love, played football or rugby league – or simply spent some time?  Sonic artist Peter Cusack has been asking these questions since 1998 – and building an endlessly fascinating archive by inviting replies to this question in London, Beijing, Prague, Berlin, Birmingham, Manchester and Southend-on-Sea. The result is a series of intriguing and often surprising results, revealing both the city of the ear, and the significant role that everyday sounds play in our lives.

‘Favourite Sounds of Hull’ is a further step in a journey that encourages the local community as well as those who know and love Hull, to identify and share with the rest of the world, their favourite sounds of their city – a project devised especially for Hull, running from the autumn of 2016 and throughout the City of Culture year.

Curated by Peter Cusack, and produced by Serious in association with the School of Arts of the University of Hull, the public are encouraged to submit their favourite sounds throughout the year and these will be recorded and made available for all to hear at various live events during 2017. It is also designed to complement “Mind on the Run” the year–long celebration of the Hull’s obscurely influential artist, the composer and sonic explorer Basil Kirchin.

A major new exhibition produced and curated by Invisible Dust which contains a number of sound-related works,

‘Offshore’ includes new and existing works by internationally-renowned artists whose engagement with our seas and oceans resonates with Hull’s own very particular relationship to the sea. This is an exciting first joint exhibition for Ferens Art Gallery and Hull Maritime Museum, where the audience will have the opportunity to not only view contemporary art in the gallery but also among objects such as whale bones and ships models in the Maritime Museum. Alongside selected works such as Barbara Hepworth, Dorothy Cross and Bridget Riley from Ferens Collection and Scrimshaw from the Maritime Museum’s Collection.

‘Offshore: artists explore the sea’ uncovers the crisis of the health of our oceans. Artists explore their role as a source of food and energy, coral bleaching, a dumping ground for waste and the reference point for many of our most haunting and significant myths.

Through a range of media, poetry, writing, film and art these artists pose questions about our connection to and use of the sea. Invisible Dust has developed relationships between some of the artists with marine biologists and ecologists from Oxford, Southampton and Hull Universities. Being informed and influenced by the science is providing new stimulus to the artists’ ideas.

Offshore is part of season two of Hull UK City of Culture 2017,  Roots and Routes, which also includes Somewhere Becoming Sea at Humber Street Gallery. That exhibition features recently produced work by artists from the North Sea region, which has been curated by Steven Bode and supported by Film and Video Umbrella and runs from 5 April – 17 June 2017.

The theme of the conference relates to works that reflect (but are not limited to) the following areas:

The open call for works has now closed.

Please note, we can only programme papers or works where at least one of the authors has registered for the conference.

There will be opportunities to publish in a special issue of  the journal ‘Sonic Ideas/Ideas Sonicas‘ (ISSN 2317-9694) published in both English and Spanish, through CMMAS (Centro Mexicano para La Música et las Artes Sonoras) available online with ISBN. Opportunities to publish in ‘Interference: A Journal of Audio Culture‘ (ISSN 2009-3578) supported by Trinity College Dublin and The University of Ulster’s Arts and Humanities Research Institute are also being explored.

We welcome applications from publishers, societies, and other related organisations to exhibit at our conference. You can find out more information here: Form for Exhibitors and Sponsors.

Please find useful information about visiting the campus below:

How to get to Hull The Courtyard